HomeBlogHome 1 Blogger5 EARLY SIGNS TO BE AWARE OF AUTISM

I have worked with kids on the Autism spectrum for nearly 2 decades, but it’s different when it hits home. I knew the early signs of Autism, as a professional but it can be so different when looking at it through a mom’s eyes. Part of me wanted to pretend that it was all in my imagination, but as the signs continued, I knew I had to step into radical action. The 5 signs that made me more aware that my son was on the Autism spectrum all happened around the age of 2 years.

My advice for moms that may see some of these signs is to discuss your specific concerns with your paediatrician and or a development paediatrician. Trust your instincts, you were blessed with intuition, which is usually pretty accurate.

I felt and knew my son needed extra help earlier. The next step was then get him tested. He was then able to receive early intervention services. Today, he is doing amazing in school and his academics. He is in a smaller classroom, reading and taking state tests, with modifications. He receives additional services, like speech and occupational therapy, and he still gets overwhelmed with being in crowds and loud noises. Most importantly we have accepted him for simply being him and make sure he doesn’t feel limited by Autism. The SKY is his limit.

Do you think there’s still a stigma within the black community concerning Autism? If so how can it be changed? 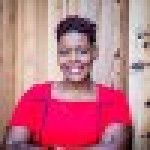 Autism And Bullying: 3 Au-Mazing Tips To Protect Your Child

3 WAYS TO RELEASE THE GUILT AS A MOM

3 WAYS TO RELEASE THE GUILT AS A MOM

Autism And Bullying: 3 Au-Mazing Tips To Protect Your Child